The San Francisco 49ers had their first day of rookie minicamp on Friday, in which the drills consisted of primarily 7-on-7s, as there was a lack of available offensive and defensive lineman to go forth with 11-on-11s.

While there isn’t normally much to take away from a football standpoint on the first day of drills, here are three encouraging reports from Friday’s start to rookie minicamp.

Gray, a third-round selection in last month’s NFL Draft, was reportedly the best player at minicamp, and it wasn’t close.

Gray showcased his speed on a number of occasions in 7-on-7s, including a near 50-yard touchdown pass where he got behind fellow rookie Tariq Castro-Fields for the score.

While Gray had a dropped pass, which was somewhat of an issue during his time at SMU, the rookie receiver made a number of different catches that alleviated the concern, including a near 20-yard back-shoulder fade.

From an initial review, Gray impressed, and will look to continue making his mark as he attempts to climb up the loaded San Francisco wide receiver depth chart ahead of the 2022 NFL season.

The 49ers drafted running back Tyrion Davis-Price in the third round of the 2022 NFL Draft, however; it was a different running back that flashed during Friday’s practice: undrafted free agent running back Jordan Mason out of Georgia Tech. With only 7-on -7 drills, the running back group could not showcase their running ability, which was at the forefront of Davis-Price’s skillset, given that he was expected to complement Elijah Mitchell as a bruiser-back.

Davis-Price, who expects to play this season at 220-225 pounds, did not fare as well in the 7-on-7s, where he dropped one of his targets on a checkdown in the flat. The LSU product isn’t expected to be a major contributor in the passing attack, as he wasn’t featured heavily in that role in college, but that was all that was seen on Friday.

Mason, on the other hand, appeared to move with better route running and had a nice catch in traffic. With the 49ers in need of a pass-catching back, as well as new running backs coach Anthony Lynn’s affinity for receivers out of the backfield , Mason could look to battle for a spot on the 53-man or the practice squad in training camp.

There was a surprise guest in attendance at the 49ers’ rookie minicamp on Friday, as former 49ers defensive coordinator and Denver Broncos head coach Vic Fangio made an appearance.

Remember, the 49ers were linked to Fangio earlier in the offseason as a potential defensive advisor following his departure from the Broncos, however; the veteran coach elected to take the year off from coaching.

In 2023, current defensive coordinator DeMeco Ryans could receive more head-coaching interviews, especially if he delivers the performance that his defense had in 2021, which could lead to a vacancy at the position for the 49ers.

Step in Fangio, who has familiarity with the team, serving as the defensive coordinator from 2011-2014. The 63-year-old coach could use the potential opportunity as a stepping stone to becoming a head coach in a few years, given how good coach the 49ers’ defense has been.

While much of the current chatter is speculation, it is not out of the realm that Fangio could have a role with the 49ers in 2023, especially if DeMeco Ryans departs for a head-coaching gig elsewhere.

The opinions within this article are those of the writer and, while just as important, are not necessarily those of the site as a whole.

Nobody’s perfect. Did you find a mistake in this article?
Report it. 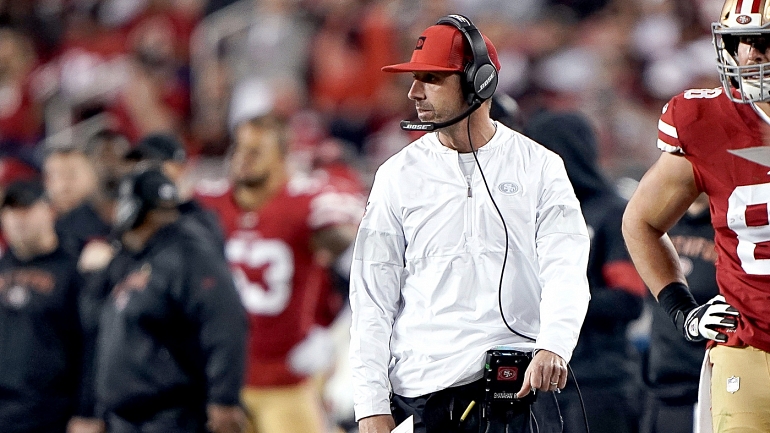 San Francisco 49ers general manager John Lynch stated that the rookie minicamp would kick off on May 12. However, that appears to be when first-year players can report to the team. The NFL announced today that the 49ers’ rookie minicamp would take place May 13-15, two weeks after the draft. It will be the first opportunity for 49ers coaches to see its latest draft class, which includes nine players, on the practice field. In addition, several undrafted free agents will join them, along with some players looking to try out for the team. The 49ers drafted the following players in the 2022 NFL Draft. Round 2: Drake Jackson, DE, USC Round 3: Ty Davis-Price, RB, LSU Round 3: Danny Gray, WR. SMU Round 4: Spencer Burford, In February, Vic Fangio met with the San Francisco 49ers, and some felt he might join the team as a consultant for the 2022 season. However, it was later reported that the longtime coach would be taking a year off. Fangio served as the 49ers ‘ defensive coordinator from 2011-14 before serving in the same role with the Chicago Bears (2015-18) and then the Denver Broncos head coach (2019-21). San Francisco looked to bring Fangio back when Kyle Shanahan became the head coach in 2017, but Fangio couldn’t get out of his contract with the Bears. Fangio is back in Santa NFL.com projected safety Leon O’Neal Jr. to be a sixth-round pick or a priority free agent. The young defender hoped to hear his name called during the three-day extravaganza that is the NFL Draft. He didn’t, which means he got to choose his destination. The hard-hitting defensive back chose the San Francisco 49ers, signing a free-agent deal that included $60,000 total guaranteed. “Ultimately, O’Neal fell not because of his production or film but due to a slower than anticipated 40-yard dash time of 4.63 to 4.71 seconds,” wrote Aaron Wilson of Pro Football Network. The snubbing may be enough to Pro Football Focus looked at the entire 2022 NFL Draft and identified some of the biggest draft steals. The San Francisco 49ers didn’t own a first-round pick but did have nine picks starting with No. 61 overall in the second round. With that selection, the Niners added defensive end Drake Jackson out of USC, and the analytics site sees the pick as a great value for the NFC West team. “San Francisco got a promising developmental pass-rusher with Drake Jackson much later than any team should have ,” wrote Anthony

The atmosphere in that stadium should be special

We use cookies on our website to give you the most relevant experience by remembering your preferences and repeat visits. By clicking “Accept All”, you consent to the use of ALL the cookies. However, you may visit "Cookie Settings" to provide a controlled consent.
Cookie SettingsAccept All
Manage consent

This website uses cookies to improve your experience while you navigate through the website. Out of these, the cookies that are categorized as necessary are stored on your browser as they are essential for the working of basic functionalities of the website. We also use third-party cookies that help us analyze and understand how you use this website. These cookies will be stored in your browser only with your consent. You also have the option to opt-out of these cookies. But opting out of some of these cookies may affect your browsing experience.
Necessary Always Enabled
Necessary cookies are absolutely essential for the website to function properly. These cookies ensure basic functionalities and security features of the website, anonymously.
Functional
Functional cookies help to perform certain functionalities like sharing the content of the website on social media platforms, collect feedbacks, and other third-party features.
Performance
Performance cookies are used to understand and analyze the key performance indexes of the website which helps in delivering a better user experience for the visitors.
Analytics
Analytical cookies are used to understand how visitors interact with the website. These cookies help provide information on metrics the number of visitors, bounce rate, traffic source, etc.
Advertisement
Advertisement cookies are used to provide visitors with relevant ads and marketing campaigns. These cookies track visitors across websites and collect information to provide customized ads.
Others
Other uncategorized cookies are those that are being analyzed and have not been classified into a category as yet.
SAVE & ACCEPT